1962  Dave DeBusschere made his Major league debut,  pitching 1 inning for the Chicago White Sox. Two years later he would be playing in the NBA and become one of the top 50 players of all time. DeBusschere would win 2 NBA Titles and become a member of the NBA Hall Of Fame in 1983. Ticket has been graded by PSA good-2. 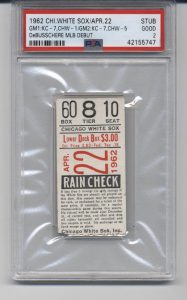 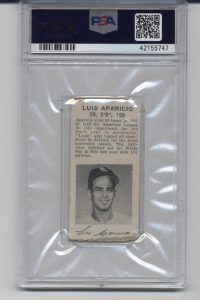