June 5th 1957 Don Drysdale would pitch a complete game shutout beating the Chicago Cubs 4-0 in front of 9,700 fans. The game was played in Roosevelt Stadium as Dodgers were trying to convince  Brooklyn to build a new park. The Dodgers would move to LA the next year. Ticket Stub has been graded by PSA as Authentic. 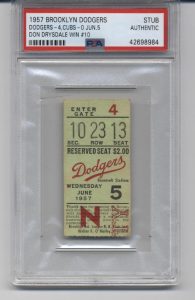 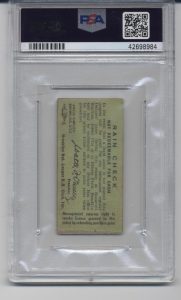