August 15th 1956 the Dodgers playing in Roosevelt Stadium (one of seven times that year) had the New York Giants as its opponents. The pitching match up had Don Newcombe for the Dodgers going against Johnny Antonelli for the Giants. Newcombe would only give up 3 hits but one was to Willie Mays his 137th HR of his career and the only ball ever hit out of Roosevelt Stadium. The final score Giants 1 Dodgers 0. This ticket has been graded by PSA as good 2. (only 3 tickets from this game have been graded by PSA with 2 twos  and one Authentic)       (8-14-20) 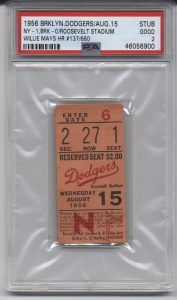 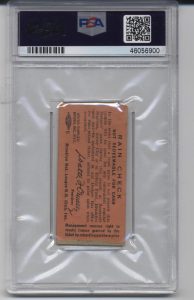