On June 21 1956 the Dodgers slipped past the Cardinals 9-8. In a tight game with 2 outs in the 9th the Dodgers would get back to back singles by Furillo  and Robinson giving Campanella a chance to hit his 2nd home run of the game tying the score. Three batters later Don Zimmer would hit a single and the Dodgers had victory in hand. In this game Stan Musial would go 4-5 hitting 2 home runs and stealing a base for the Cardinals  in a losing cause. Ticket has been graded by PSA VG-Ex 4 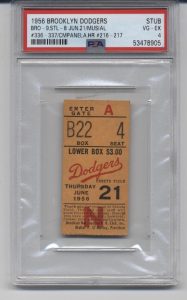 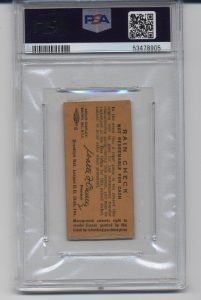