1953 World Series saw the Dodgers behind Sniders homerun would beat the Yankees 7-3 and tie the Series at two games apiece. The Yankees would go on to win the next two games and clinch another World Series Title. Ticket has been graded by PSA as authentic. (Ticket show nice no creases but has been trimmed at the perforation). 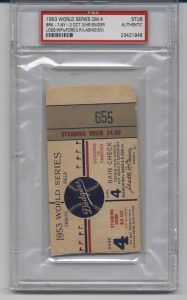 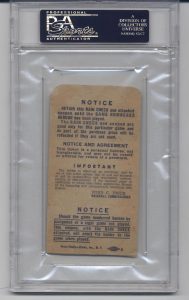