A real nice example of a 1912 New York Highlanders ticket stub. In Game 2 The St Louis Browns beat the Highlanders 3-1 ruining Iron Davis Major League Debut. Davis only lasted a couple of years in the Majors but he thew the 1st No Hitter in Fenway Park on September 9th 1914 for the Boston Braves beating the Phillies 7-0. Ticket has been graded by PSA NM-Mt 8 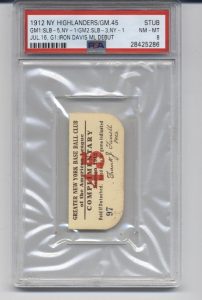 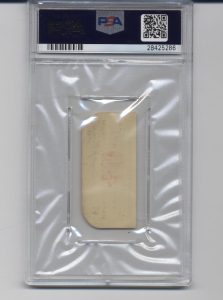